Who won the commercial war?

Although the phonograph allowed the user to record his own cylinders with music or voices, these could not be copied. In contrast, the gramophone allowed thousands of copies of records to be made from a single original mould.

By 1910, slotted flat-disc gramophones, which were cheaper to produce, had replaced virtually the entire stock of phonographs in public places. 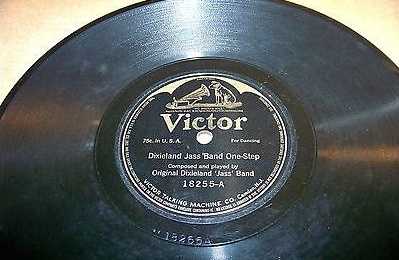 Song composed by Ray Lopez and Alcide Nunez. Recorded in New York on February 26 of that year, it was the first commercial jazz recording in history.

These early gramophone records were 10 inches in size and spun at a speed of 78 rpm. They were made by printing a metal mold or master on shellac, a substance obtained from the resin secreted by the shellac worm, which inhabits places in Southeast Asia such as Indonesia and Sri Lanka. Later, synthetic plastics such as Bakelite and finally vinyl were used. Nitrocellulose acetate was also used, which could be engraved directly without the need for a mould or master.

When did the jukebox appear?

In 1928, piano manufacturer Justus Seeburg added electrostatic speakers. As early as 1934, the Wurlitzer P10 appears, which is a revolution and becomes the most popular jukebox of the decade. 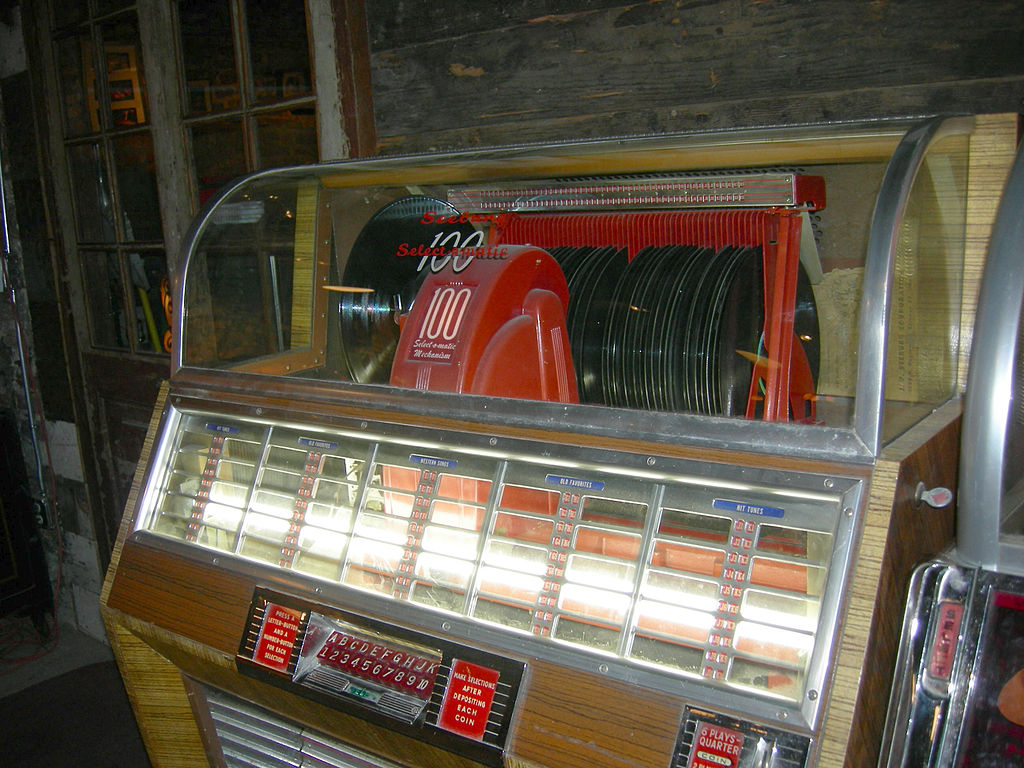 Song composed by Irving Berlin and belonging to the soundtrack of the film The Jazz Singer. It was one of the first albums to be played on the recently released jukebox.

Jukeboxes evolved rapidly, incorporating the technological advances that were appearing. In this way, they had meters, so the owner of the machine could know which records were most played and replace the less popular ones. In 1949, the Seeburg M100A appeared, which could handle fifty double-sided discs, that is, one hundred songs. It also featured the 3W1, a remote control that allowed you to insert the coin and select the song from a table or bar.

What was their impact?

Over time, the demand increases. At the same time that the machines evolve so does their musical offer, ranging from the great jazz bands to crooners and the incipient rock and roll.

In many public venues it replaced live performances, which caused the musicians’ union to decree a ban on recordings in 1942. But, by then, the jukebox was fully implemented.

A song of his own authorship where Lewis shows us his mastery of the piano. It was one of the biggest hits of that year, played thousands of times in the jukeboxes.

Pianist and composer born in Chicago in 1905. In time he would become a self-taught master of improvisation. In 1927 he recorded the first version of his song Honky tonk train blues, which, although it became a classic of boogie-woogie, was not a commercial success. In 1935 he recorded it again for the British label Parlophone, as no American label would take the risk, and this time he achieved great success. Lewis saw his recording career restart.