Why the electric guitar?

From the beginning, rock and roll was described as noisy. Energy, one of its fundamental characteristics, needed volume to express itself. This came thanks to amplifiers and electric instruments.

Taking up the instrumental formula of urban blues, composed of guitar, double bass, drums and, occasionally, saxophone or piano, rock and roll raises the electric guitar to the category of totem. 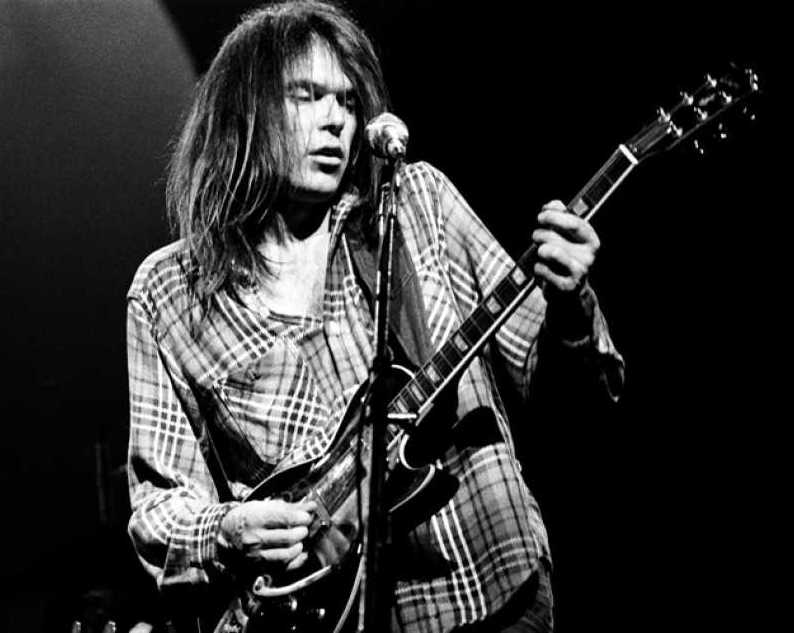 A song of their own authorship that sounds like a dirty,distorted guitar. With its strength it perfectly expresses the feelings of the musician.

Indian, Canadian and a great admirer of Jimi Hendrix, Neil Young is one of the greatest composers and guitarists in the history of rock. His work has been characterized by a lyrical depth in his songs and by a very personal style to the guitar. Young alternates the use of the acoustic guitar with the characteristic distorted sound of his Gibson Les Paul, dubbed “Old Black,” with which he has recorded most of his songs. He is a restless and innovative musician who has developed a long career in constant evolution.

Which were the first models?

The first musicians to use the electric guitar were jazz musicians. In 1938, Charlie Christian popularizes the Gibson ES-150 on a large scale. It is the first model with factory-fitted magnetic pickups.

The blues soon follows the path of jazz. Guitarists like B.B. King, Elmore James or Muddy Waters find in the new electric guitars the strength and expressiveness they need to develop their urban music. 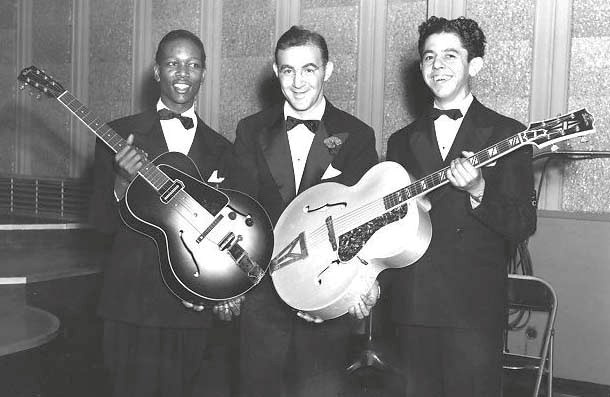 Version of a song composed by Art Hickman and Harry Williams, in 1917. We heard it on one of the first recordings made with an electric guitar.

Although the first experiments with electric guitars date back to the 1920s, it was in 1931 that Rickembaker released the first model. It was the ukalele A-22. But

The most important pioneer was Charly Christian, a key figure in the development of bebop and cool jazz. His technique combined with amplification helped take the guitar out of the rhythm section and into the vanguard as a solo instrument. His influence has reached all kinds of artists and musical styles.

When did its use become widespread?

In 1947, Paul Bigsby designed the Solidbody, a solid wood electric guitar. A year later, in 1948, Leo Fender launches the Broadcaster, later called Telecaster. With it he obtains great sales.

Other legendary models were the Gibson Les Paul (1952) and the Fender Stratocaster (1953). The double bass became an electric bass in 1951. The instruments were in the shops and young people started to have money.

Song composed by Ary Barrosa and Bob Russell. We can hear it played live by Les Paul during his performance at the 1992 Universal Exhibition in Seville.

Lester William Polsfuss was born in Waukesha (Wisconsin), in 1915. Besides being a jazz guitarist, he was an important figure in the development of electric musical instruments and recording techniques. Les Paul pioneered the development of solid-bodied guitars with the design of the Gibson Les Paul models, which adopted his name, and in multi-track recording. His skill in handling the guitar and the technical innovations he introduced to the instrument made him known as “The Wizard of Waukesha.