If Elvis aspired to the tender charisma of James Dean, Gene Vincent had something of the Marlon Brando of Savage, outer threat and inner torment. It’s the heritage of militant rockers, with uncorrupted songs and an image of a loser.

Although he never became a star, he was critically acclaimed. With his band, The Blue Caps, he created rockabilly and dramatized rock and roll songs where he showed a life full of heartache. 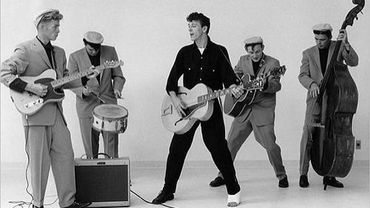 Theme composed by Gene Vincent and Hal Levy. It appeared on his first album, which he named. It was critically acclaimed and is representative of their most genuine style.

Eugene Vincent Craddock was born in Norfolk, Virginia, in 1935. At the age of 17, he joined the Navy. In 1955, he suffered a traffic accident that destroyed his left leg, leaving him in severe pain for the rest of his life. During his convalescence, he perfected his mastery of the guitar, focusing on country music. The following year, back home, he met a local group called The Virginians. With this formation he converted to the new sounds of rockabilly and they were renamed Gene Vincent and the Blue Caps.

When does his career start?

In 1956, he records a session with his Blue Caps. Capitol Records listens to it and they think it might be competition for Elvis Presley. They release a two-song single and Be-bop-a-lula makes a big splash on the radio stations. 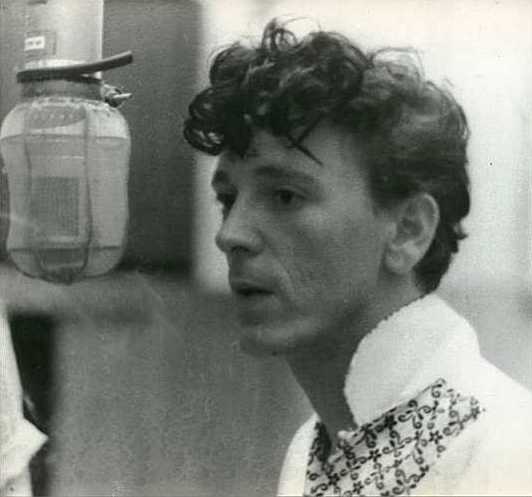 Theme credited to Vincent himself along with Donald Graves and his manager, Sheriff Tex Davis. It turned out to be his biggest success and is one of the emblematic pieces of the rockabilly movement.

Be-bop-a-lula was recorded in the style of Sun Records. The echoes emphasize Vincent’s suggestive voice while the Blue Caps create a crisp, pulsating sound, broken up by unpredictable solos by guitarist Cliff Gallup, which create great tension. After their success, Capitol Records spared no expense in promoting their artist, even hiring Presley’s backup singers, The Jordanaires, to record with Gene and his band. 1956 was a magical year: they achieved great sales, entered the charts and their first album appeared.

How does it continue?

From 1957, the guitarist Cliff Gallup leaves the band, being replaced by Johnny Meeks. This produces a change in their style from the wild rockabilly of their origins to a less acoustic and more electrified sound.

In Great Britain, producer Jack Good designs a new image in which a statue clinging to the microphone and dressed in leather waits for the moment to enter to sing with a suffering face. It’s dramatized rock.

In the 1960s, Gene Vincent came to live on appearances before his European faithful, especially in France and England. While recording country material in the United States, Norfolk’s Wild Cat was losing its magnetism. He died in 1971, at the age of 36. It is said that he died with a smiling face as he longed to stop living after a life full of hardship. He could not fulfill his wish to be thrown into the sea either, since American laws require him to go through the crematorium first, which always repelled him.