Following the new slogan, since 1957 the most exuberant rock and roll was being replaced by softer and mellow music destined for youth consumption. It is the triumph of the so-called high school.

The disturbing rockers, those rustic southerners or blacks from the poor side of the city, are cornered by handsome and smiling boys who appear on the television program American Bandstand. 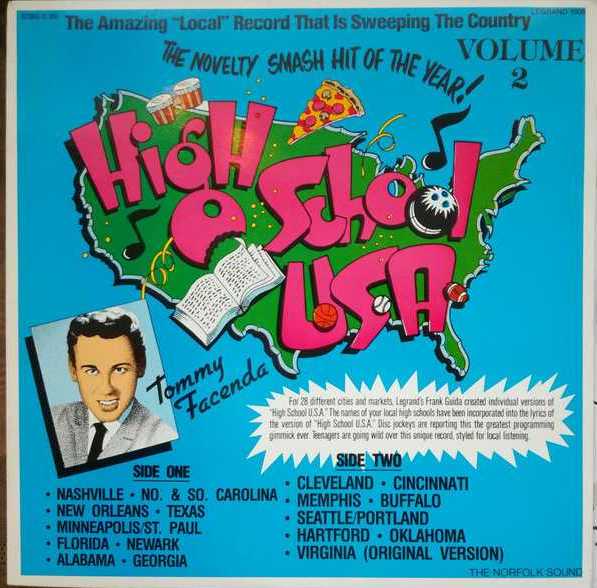 A song composed by Joseph Royster and Leader, pseudonym of the producer Frank Guida. It is the song that identified life in high school with the music of teenage idols.

Tommy Facenda was born in Portsmouth, Virginia, in 1939. After going through Gene Vincent’s Blue Caps, he began a solo career in 1958. A little later he moved to New York, where he met Frank Guida, director of the Legrand label. Guida proposed him to record the song High School USA, where Virginia’s high schools were mentioned. The song was a national success and twenty-eight versions dedicated to different locations in the United States were created. After a brief reign, he ended up as a firefighter in his village.

The figure of the teen idol appears, a young celebrity idolized by teenagers who devour the magazines in which he appears. In essence, it is a matter of appealing, without any dissimulation, to the flourishing youth sexuality.

These idols do not compose their songs and have few artistic qualities. They are only parts of an industrial machine designed to exploit the youth market, mainly female, and to satisfy its rising demand. 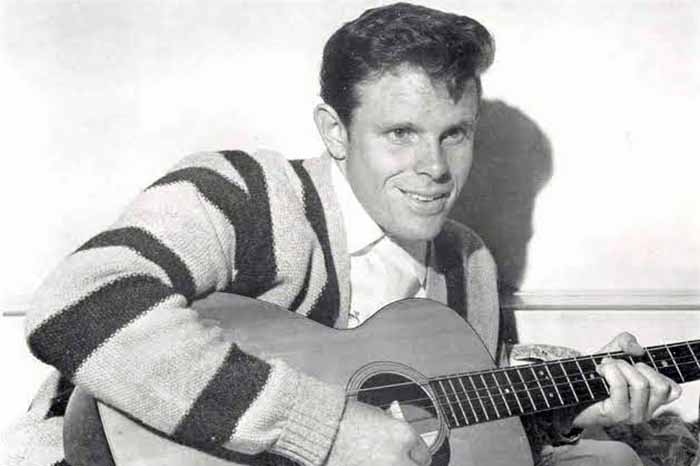 Song composed by Shannon himself together with keyboardist Max Crook. It serves as an example of the teen idol who with his smile can disarm the most suspicious parents.

Charles Westover was born in Grand Rapids, Michigan, in 1934, and grew up in nearby Coopersville. Since he was very young, he was interested in guitar and country music. He combines several works with the band The Moonlight Ramblers. In 1959, he meets Max Crook, who plays a keyboard invented by himself called Musitron. They both team up and sign with Bigtop Records, which sends them to record in New York. From these sessions comes the single Runaway, which is a success and stands out thanks to the sound of Crook’s Musitron.

What’s with the rock and roll?

At the same time, there is a heap of unfortunate circumstances in rock and roll: Elvis has gone to military service, Carl Perkins is in the hospital, Chuck Berry is imprisoned, and Little Richard leaves sinful music for religion.

It also affects the youngest ones: Jerry Lee Lewis and Gene Vincent are no longer welcome, Buddy Holly, Eddie Cochran, Ritchie Valens, and The Big Bopper are dead. We’ll have to wait for The Beatles to recover the original spirit.

It is a self-composed song and the best known from one of the stars whose disappearance put an end to the reign of rock and roll, giving way to the golden age of teen idols.

Jiles Perry Richardson was born in Sabine Pass, Texas, in 1930. In 1949, he left the university to work at a radio station in Beaumont. Inspired by bop, a fashion dance among students, he adopted the artistic name of The Big Bopper. In the fifties he composed for other artists and was recruited by Harold “Pappy” Daily for Mercury Records. His first single, which had a country aroma, was unsuccessful but he turned to rock and roll and entered the charts. He died, in 1959, in a plane crash with Ritchie Valens and Buddy Holly.