What does he represent?

If Chuck Berry was the archetype of the rocker, Bo Diddley was the architect of the rock and roll sound. He mixed an elemental guitar riff with hypnotic jungle rhythms. Bands of all time have inherited his formula.

Influenced by John Lee Hoocker and Muddy Waters he created the so-called Bo Diddley beat, for which he used a wide variety of rhythms, such as backbeat. He also introduced many new effects and innovations in the way of playing the guitar. 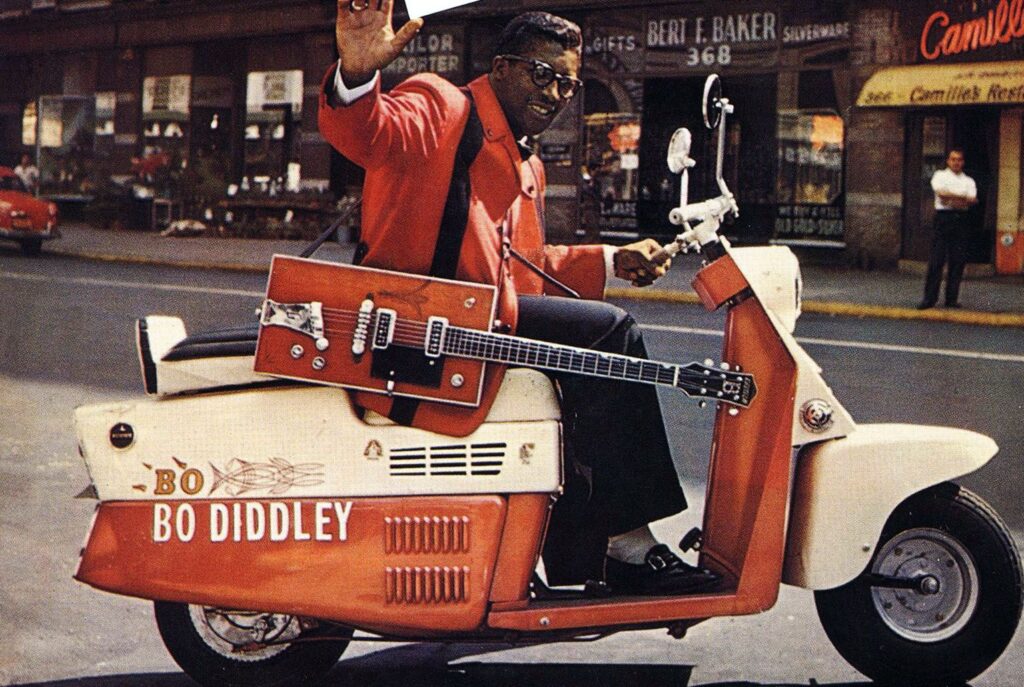 Song composed by Ellas McDaniel, his legal name. It was his first single and for the first time he was showing his Bo Diddley beat. It was a big hit in the race music market.

Bo Diddley is a song that bridges the gap between rhythm and blues and rock and roll, where for the first time an original African rhythm was introduced. It was the rhythm of the Jubilee Dance, a dance brought over from West Africa by African-American slaves who performed it at their meetings on the plantations. Later, in the mid-19th century, lyrics and music were added to it and it became very popular.  In turn, they were mixed with the clog dances brought by the colonists from the British Isles, giving rise to tap dance.

How did his career evolve?

Year after year, it continues to consolidate its penetrating and emphatic rhythm. It is so important to his music that the musicians often play the same chord throughout the song, with harmony taking a back seat.

He relies on great accompanying musicians, including The Duchess, Norma Jean Wofford, an excellent female guitarist. A friend of Chuck Berry, she plays in his songs and shares the stage with him. 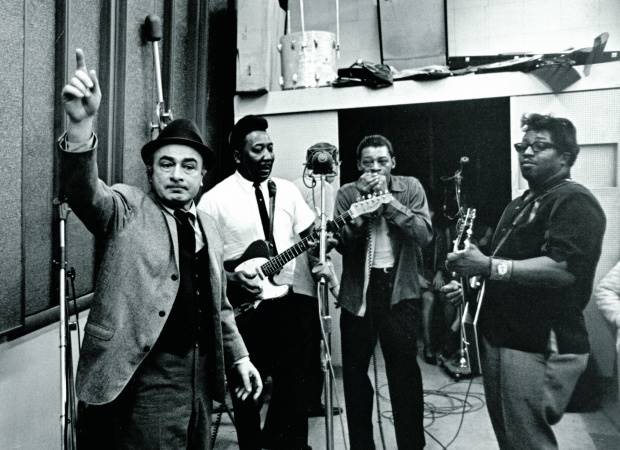 Own composition included in his first album. With songs like this, Diddley laid the foundations of the beat style, which has been used by important artists of all times.

He liked to define himself as a black Frenchman. Ellas Bathes, later Ellas Mcdaniel, was born in 1928 on a cotton farm in McComb, Mississippi. In 1933 he arrived in Chicago where he learned to play the guitar and violin, while boxing under the pseudonym Bo Diddley. After playing on the street, in 1955, the Checker label, a subsidiary of Chess Records, recorded his first album. His exuberant voice and distorted, psychedelic guitar stand out. It is followed by a large collection of songs supported by his impressive band of musicians.

He cultivated a characteristic image that gave him an irresistible dynamism: carefully cut hair, thick shell glasses, and a spectacular collection of guitars from which his squared-body stands out.

Although the crudeness of his art closed the way to millionaire sales, he always maintained a defiant attitude and the penetrating magic of his hypnotic music, leaving tracks like: Pretty Thing, Before You Accuse me or Say Man. 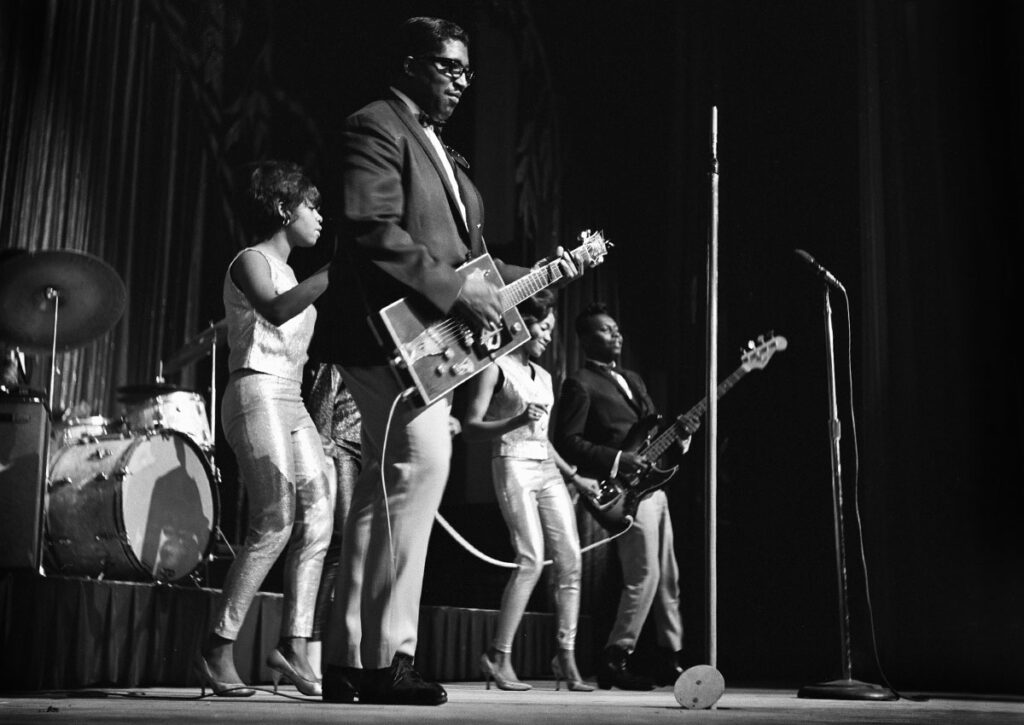 Another of his compositions that became a classic of rock and roll. It is inspired by the character in the popular cartoon series of the Coyote and the Roadrunner.

Bo Diddley’s work is essential to understand the origin of rock, and therefore of the popular music of the 20th century. He is often regarded as the predominant figure in the transition from the Chicago blues to rock and roll, based on the creation of basic rhythms and the hard, sharp sound of his guitar. That is why he was nicknamed “The Originator”. After a long career dedicated to the evolution of rock and roll, he died on June 2, 2008 at the age of 79, at his home in Archer (Florida).