How important is it?

He is the inventor of the simple and perennial form of rock and archetype of rocker. His songs are the quintessence of the style: unstoppable rhythm, sharp guitar, strident sound, precise stories and evocative power.

He has qualities that make him the most influential of the rock and roll pioneers. It defines the basic style of rock guitarists to this day. He is a great professional on stage who uses tricks like his duck walk. 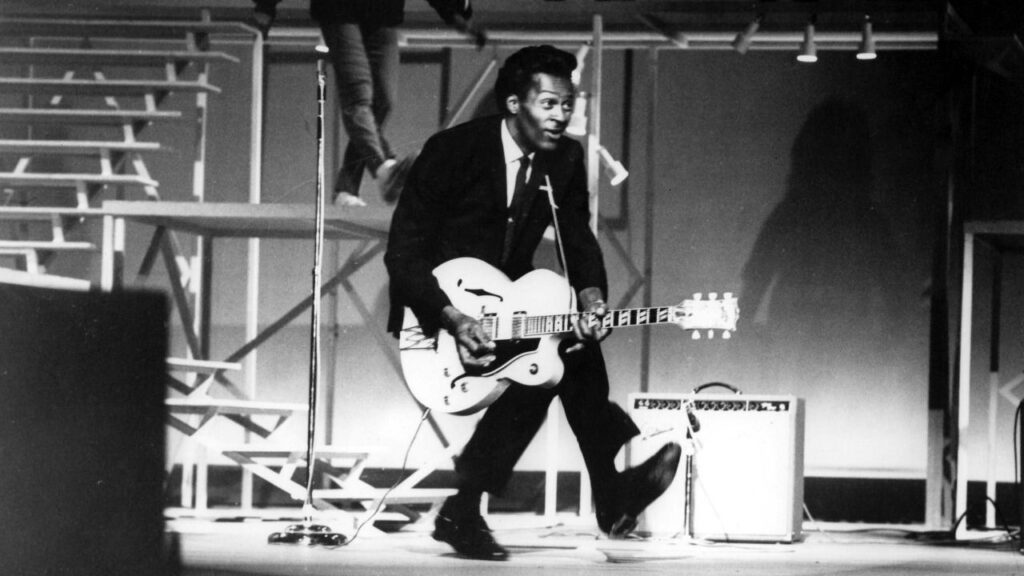 A song of his own authorship that serves as a sample of his innovative vision of rhythm and blues with country music touches. It was rejected out of hand by the more orthodox.

The song is the rock version of the American dream. It is about a poor boy who dreams of becoming a music star, based on hard work and his skill at playing the guitar. Berry stated that it was partly autobiographical and that it was about a black kid. But the Chess brothers changed it to a country boy, with the idea that he would not be excluded from white radio stations. In fact, the country feel of this music sometimes made people think Chuck Berry was white.

He has a voice that is not very exceptional but he sings clearly. With her lyrics she tells stories that portray the lifestyle of young people in America in the 1950s: hostility and insensitivity of the elderly, convertibles and juke-boxes.

Musically, he is a fan of the Chicago blues, accelerated by touches of country and Louis Jordan’s jump blues. Although in his records there are also soft pieces or boy-girl songs, a heritage of eroticism and sense of humour of the blues. 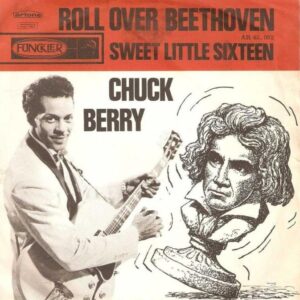 Another of his most famous compositions. In it, he claims the role of rock and roll and rhythm and blues as substitutes for classical music, in that era typical of the older generation.

Charles Edward Berry was born in St. Louis (Missouri) in 1926. Interested in music since his childhood, he had a troubled adolescence and went through the General Motors assembly lines. He got married at 22 and combined his work with his facet as a musician. In 1953, influenced by the technique of blues guitarist T-Bone Walker, he began playing in the trio of pianist Johnnie Johnson. He takes on a leading role and becomes Chuck Berry and his Combo. Occasionally, he includes country songs to the surprise of the black audience.

What was his feat?

In 1955, he travels to Chicago where he meets Muddy Waters who suggests he get in touch with Leonard Chess. The owner of Chess Records thinks that his music can be the complement to the blues he’s looking for.

He records Maybellene, where he tells a story about cars, a symbol of the longed-for emancipation of youth. The record has a great impact, even on white stations. Rock and roll is now a reality that takes its place. 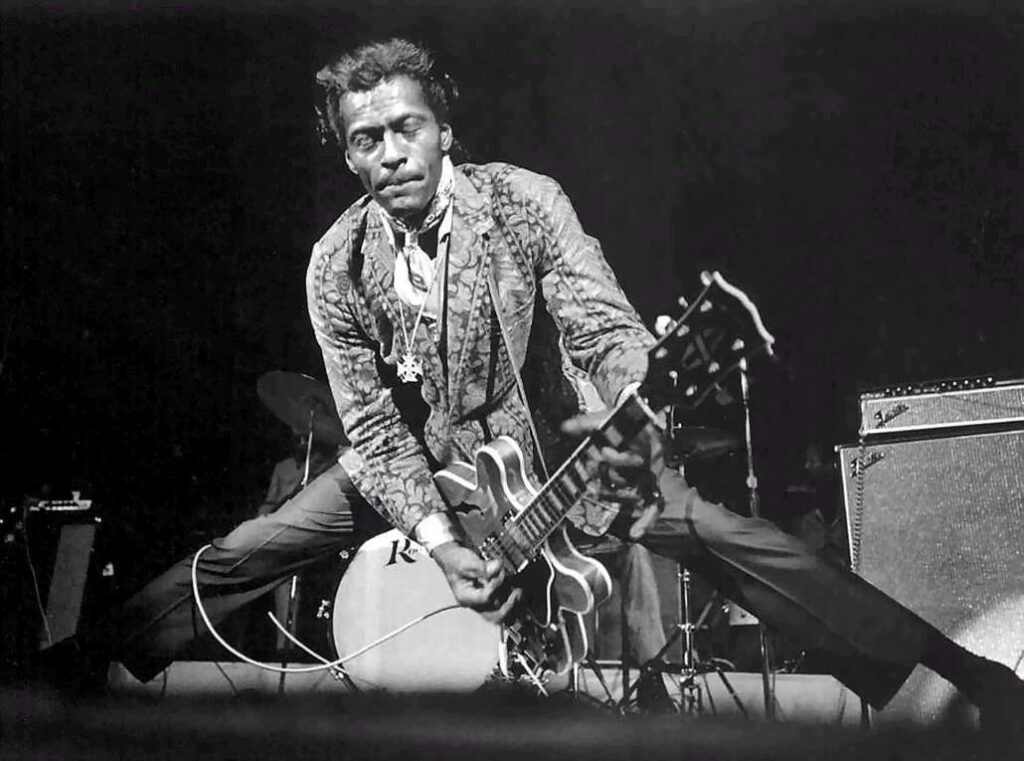 Berry’s adaptation of the traditional country song Ida Red, to which he adds boogie-woogie rhythms. His first album sold over a million copies.

In 1955, taking advantage of his stay in Chicago, Berry went to a club to see a performance by the master of electric blues, Muddy Waters. Following his advice, he contacted the Chess Records label to record his first album. The owner of the company, Leonard Chess, agreed to listen to Berry’s recordings, which included Ida May (a version of the country song Ida Red), and a blues song entitled Wee Wee Hours. Chess decided to hire Berry, and in July 1955, he released a single with both songs.