What was his best moment?

From 1955, Berry began a dizzying existence. He appears in several films and travels all over the country with other young artists. All this while recording numerous albums, twenty of which reached the charts.

Intimately, Berry aspires to become the king of rock and roll, but the color of his skin, the poor infrastructure of his company and the absence of an entrepreneur to match the circumstances play against him. 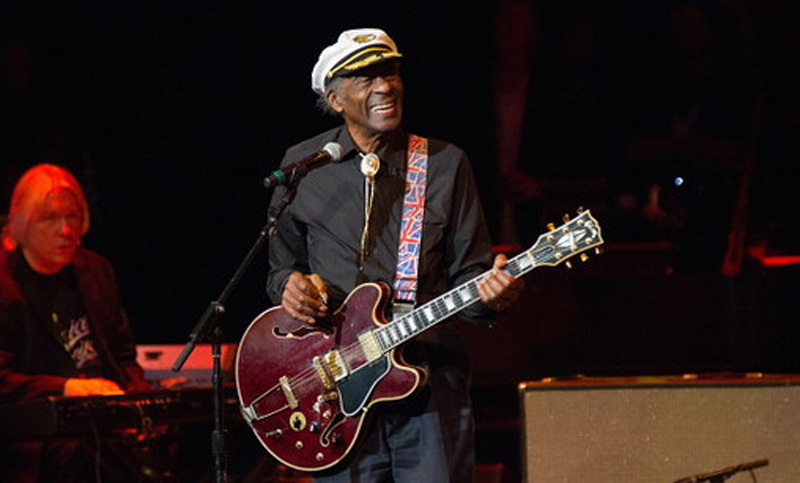 Song of his own authorship and belonging to his time of glory in Chess Records. Artists like Bob Dylan and Johnny Thunders have recognized the influence of this song in their works.

In most of the recordings Chuck Berry made with Chess Records, he was in charge of the vocals and guitars, and was accompanied by Johnnie Johnson, pianist in his band, producer Willie Dixon on bass and Fred Below on drums.  With them he released some of the best albums in the history of rock and popular music. The success achieved with his records allowed him to appear in movies such as: Rock, Rock, Rock (1955), Mister Rock and Roll (1957), Go, Johnny Go! (1959) and the documentary film Jazz on a Summer’s Day (1959).

How did everything change?

In December 1959, being an established star, he owns the Bandstand club in St. Louis, where racial integration reigns. A young Apache waitress he met in Texas works there.

The authorities don’t like this. The girl is accused of prostitution and Berry of trafficking minors for sexual purposes. Finally, he is sentenced to a $5,000 fine and three years in prison.

Song of his own authorship. It is a good example of the ease and sensitivity he has in dealing with youth issues, even as an adult.

The song is about a girl who loves rock and roll and, when she turns sixteen, asks her parents as a gift to let her go to a concert. It describes how she dresses for the occasion. Jerry Lee Lewis told how one night, during his performance at a concert, he set fire to his piano so as not to be overshadowed by Chuck Berry who was playing afterwards. This shows the grandiosity of Chuck Berry’s performances and the depth of the audience.

What is there at the end of his career?

When he got out of prison in 1963, everything changed. Curiously, his figure has been revalued thanks to young people who have grown up during his golden years. In the United Kingdom, many bands claim to be indebted to his music.

But, contradictorily, it is these same bands, belonging to the so-called British Invasion, that monopolize his space. Considered an old glory, it will only be regained, briefly, during the hippie years. 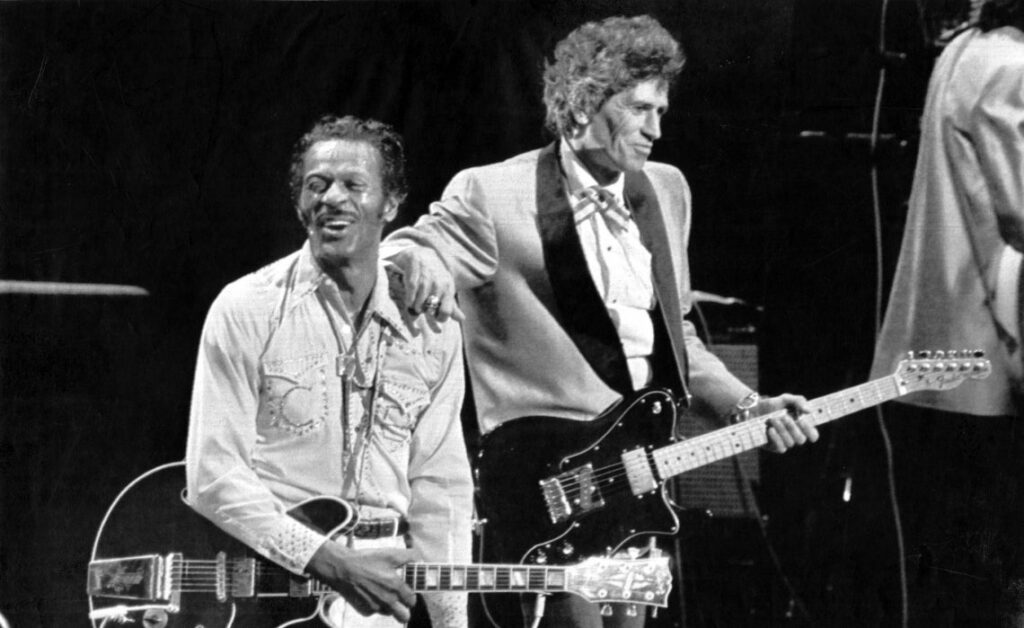 Another of his great compositions that will never go out of style. It has been a success performed by many musicians, both American and foreign.

Carol is the prototype of a song written by an American pioneer of rock and roll and that a little later arrives in Europe, where it is performed by the greatest. Released by Berry in 1958, it was covered by The Beatles in 1963 and The Rolling Stones in 1964. Keith Richards said, in 1971: “I like the music of the Stones for the same reasons I like the music of Chuck Berry”. While John Lennon added: “They say Bob Dylan is the future of rock, but I prefer Chuck Berry any day”.