Babymetal, the Japanese idol group that has conquered fans of j-pop and metal

Babymetal is the band creator of kawaii-metal (kawaii means ‘cute’ in Japanese), characterized by the mixture of elements from both metal and j-pop. It has celebrated its 10th anniversary this same year, but how has an idol group managed to gain a foothold in metal? Let’s start from the beginning.

In Japan there is a music industry known as j-pop, which has some similarities and differences with currently well-known k-pop. The main resemblance is the existence of companies which generate idols, celebrities who can sing, act, model, present, etc. These agencies audience young people with barely any experience; then they train them and make them become stars.

In April 2010, the entertainment company Amuse, Inc. created Sakura Gakuin, a group that simulated a Japanese school (they’re disbanding in August 2021). The members were between ten and fifteen years old, they graduated in March and had different clubs, which constituted the sub-units of the group (this is common practice among idol groups with many members). One of them was the Juonbu, ‘heavy music club’. This was the project of a producer fan of metal music, Kei Kobayashi “Koba”, who entertained the thought of creating a group centered on Suzuka Nakamoto, since he considered that she had a powerful voice and a great stage presence. To make a contrast, he decided to include two more members to “dance around her as angels”, these were Moa Kikuchi and Yui Mizuno. Up to that moment, none of the girls had listened to metal before; nonetheless, they worked hard and enthusiastically on the project and they became Sumetal, Moametal and Yuimetal on stage (likewise, Koba was nicknamed Kobametal).

Thus, Babymetal released three songs within Sakura Gakuin, Doki Doki Morning, Ijime, Dame, Zettai and Headbanger!! In 2013 Suzuka Nakamoto had to graduate and the company decided to form the band apart from the main group to continue with their activities. They attended several rock and metal festivals as the youngest artists to perform in these and they released their first album in 2014, Babymetal, which included the aforementioned singles. This album was a hit on the metal charts of Japan, the United States, the United Kingdom, and Germany. The mix of metal with innocent and cute lyrics about wanting to eat chocolate (Gimme Chocolate !!), getting ready for school (Doki Doki Morning) or playing hide and seek (Catch Me If You Can) dazzled the metal world.

We must stop here to talk about the band that accompanies the group. In its early stages they were called Babybones, a group dressed as skeletons that pretended to play instruments; however, since 2012 the Kami Band attended the festivals (Kami means “god” in Japanese, each member is the god of the instrument they play). In 2014 Babybones stopped accompanying them. The Kami Band is a very important part of the group since they are professional musicians who also work for other rock and metal groups; according to many metalheads they are the real reason why Babymetal has been successful. 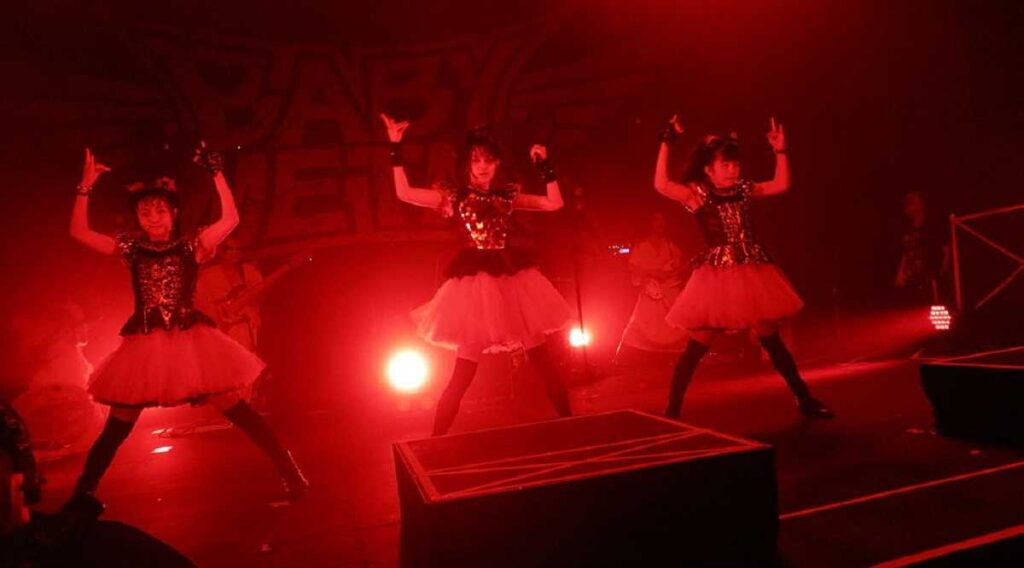 Also, in 2014 they made their first appearance in the UK at the Sonisphere Festival, which is very important in rock and metal. They were supposed to perform on a secondary stage, but at the last minute they were switched to the main one, the same on which Iron Maiden would perform later. The girls were nervous since the audience usually throws objects at the artists they don’t like in this festival, however, the spectators ended up asking for more and their merchandising was the best-selling of the festival.

With their second album, Metal Resistance (2016), they went into a more cohesive sound. In Babymetal pop and metal parts were somewhat disconnected sometimes, which was shocking. This was something that generated a huge impact and was part of what made them popular, but with Metal Resistance they were going for a more mature sound.

In 2018, the guitarist Mikio Fujioka died due to an accident in an observation tower and Yuimetal left the group definitely after being absent from several concerts due to illness. These events inspired the song Starlight, in which they say their farewell to the guitarist and which marks the beginning of the so called Triology of Lights, which includes Shine and Arkadia. These put an end to the third album Metal Galaxy (2019), in which they explore different sounds such as Indian (Shanti, Shanti, Shanti) or Latino (Night Night Burn).

The girls have confirmed on several occasions that they do not write the songs and that only Moametal can play an instrument, the guitar; what’s more, they never appear out of their characters on stage, that is, they always appear as Sumetal and Moametal, including the dresses, and they do not have social media accounts, just Babymetal ‘s official accounts used for marketing purposes. Besides, they do not use the gesture of the horns, but the kitsune, ‘fox’, the fox god is important for the concept of Babymetal.

These are common characteristics in the j-pop industry, that’s why it is normally categorized as manufactured. On the other hand, metalheads are fans of a completely opposite style, not only musically speaking, but also with regard to what they consider music and the characteristics that a real artist should possess. Thus, the fans of metal music are a community that may appear somewhat elitist, granting the title of true music and artist according to their own criteria.

How could Babymetal reach such a community?

Manufactured and non-talented are often equalized, but it is difficult to do so when it comes to Babymetal. According to Amuse, Inc. it is a product that they know how to sell (the group is constantly paying homage to different sub-genres and metal groups) and for the members it is a dream come true for which they work hard, this makes the shows a matchless experience. That’s what j-pop is about: concept’s ideas, marketing, composition, etc. Made to sell, plus the hard work and the idols’ professionalism. Babymetal showed the most judgmental metalheads that there is place for pop, dancing and kawaii things in metal; and it also got them into j-pop. Many have declared themselves fans of Sakura Gakuin and other groups of both kawaii-metal (Ladybaby, Deadlift Lolita, etc.) and purely j-pop.

Thus, at the beginning the vast majority of their fans were middle-aged men, since Kobametal has always orientated merchandising to this specific demographic group. This entails some problems, especially when dealing with a Japanese group, paternalism, sexualization of the members, Asian fetish, etc.

Nonetheless, Sumetal, Moametal and Yuimetal were clear that they wanted metal to reach people of every age and women, especially girls their age, something they have repeated in many interviews. Thus, even though at the beginning the eminently masculine and sometimes toxic atmosphere made many girls stay away from the fandom and, therefore, from the band (including me), currently many fans have arrived, mainly from j-pop and k-pop, mostly women. Finally, their music also attracted people who didn’t take an interest in this genre because of its lyrics, fans, or the metal scene itself. 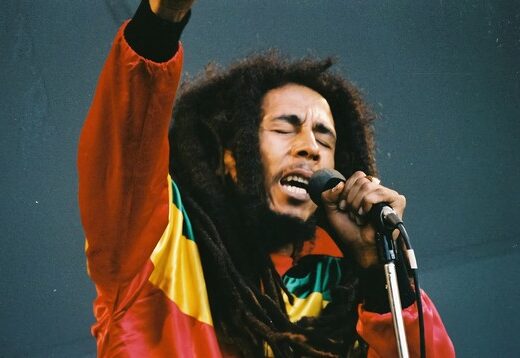 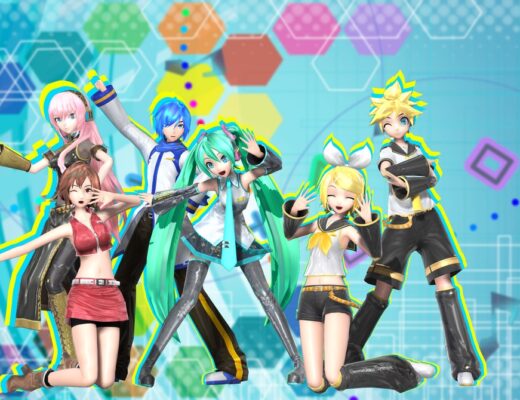